How J-Fashion saved my life

Hey there! I'm Gennie (fawnbomb). If you're new to my site, welcome!

Peachiie shop is the result of almost 10 years of work, creating and growing my own brand of art, apparel and accessories.

At around 16 years old, my parents were going through a difficult divorce when i was in high school. I was severely depressed, withdrew from all my friends and frequently fell ill. I was once hospitalized for self harm. During this time I changed schools and met a girl who introduced me to a japanese metal band called Dir en grey. They made heavy, angry music with shocking music videos that directly reflected the rage and turmoil that was going on in my head. They dressed in a way i had never seen before and challenged gender norms with their makeup and hair styles. I was hooked and wanted to know more about this new music. Through my exploration of the visual kei genre, I discovered Miyavi -- a wild japanese guitarist who didnt make heavy music, but upbeat pop music that was still in the visual kei genre. I was enamoured with his eccentricity, confidence ... and looks. 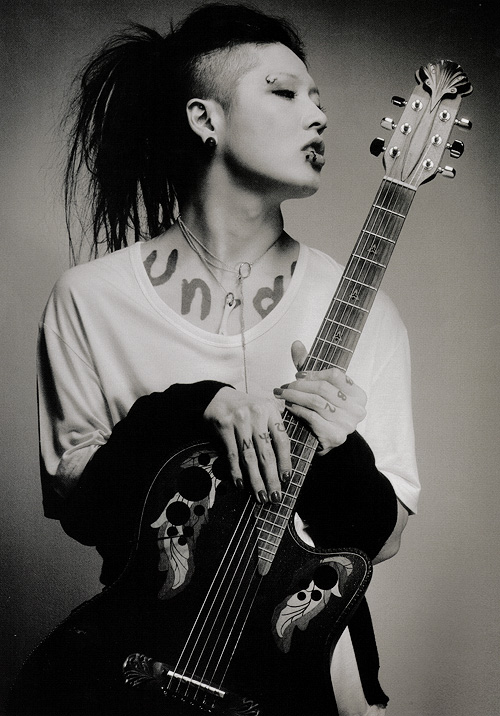 I first heard the song 'Girls, be ambitious' and took it as my new motto. I couldn't understand his Japanese, but those words alone were a wake up call. 'Stop wallowing in self-pity and do something' it said to me. I decided i didn't want to be angry anymore, or self destructive. I decided i had nothing left to lose and I was going to do what i wanted, dress how i wanted, try what i wanted, because nobody was coming to save me.

I adopted Miyavi as a sort of persona and through it, borrowed his confidence so that i could forget who i was for a little while. I developed a small following for my cosplay and got my first taste of internet fame.. I felt confident at last, people wanted to be my friend, guys (and girls) started asking me out and suddenly i was more than just a scared, depressed girl with a broken family. I even sang and played guitar in my own rock band! Life was good, i felt like i had finally broken free of the darkness that had permeated my life. But..with it came some not so great things like stalkers, creepy older men, and identity theft. (Boy, I could tell you stories..). But I digress :P

I visited Japan in 2009 with my dad and stumbled across Bodyline by accident in Harajuku. I fell in love with lolita fashion, initially wearing it as a joke since i had mostly been known for dressing androgynously. But in reality, i was starting to like looking feminine. Trying to look masculine was stressful and i felt like i never truly looked like how i wanted to no matter how manly i dressed. I retreated from my Miyavi cosplay and slowly tried to create my own style, as Gen, and not as Miyavi.

My pastel obsession began to grow and i bought my first Lolita dress and reached out to the local lolita community, eventually attending my first meetup by myself. I didn't have the money to buy accessories so i made my own out of polymer clay. People really liked them so I decided to start making more. I was also broke as hell and couldn't work due to being in school, so i saw it as away to gain some independence. I looked up tutorials on youtube and started making resin and polymer clay jewelry. I started my first handmade business under the name After Alice, and later --Alice, Dear. Eventually i shared half a table with a friend at Canada's Anime North. We made a crazy big pastel painted display. It went surprisingly well and I think i made $500 or something. That was a lot of money for me at the time as a broke student! It encouraged me to keep creating. The Lolita community was incredibly friendly to me and i felt really welcomed and happy. I wanted to try every substyle i found, i dabbled in gyaru, himegyaru, Ouji, mori girl, fairy kei and even shironuri. I loved it all.

The more looks i tried, the more I developed an obsession with wigs and circle lenses so I started selling them under the name CosQueen, eventually producing my own wig designs since i couldn't find any that emulated the styles i had seen in Harajuku.

Deep down, i had always wanted to create clothing, but i didn't know how to do it and the idea of stocking multiple sizes was daunting.

I became friends with a group of artists named Spent Pencils and became close with them. One of them, Vince Sunico (@vinsun316) who worked at a print shop where he made screen printed t-shirts. He offered to produce some shirts for me, so i designed my first t-shirt: Black Mirror Princess. It was a success! 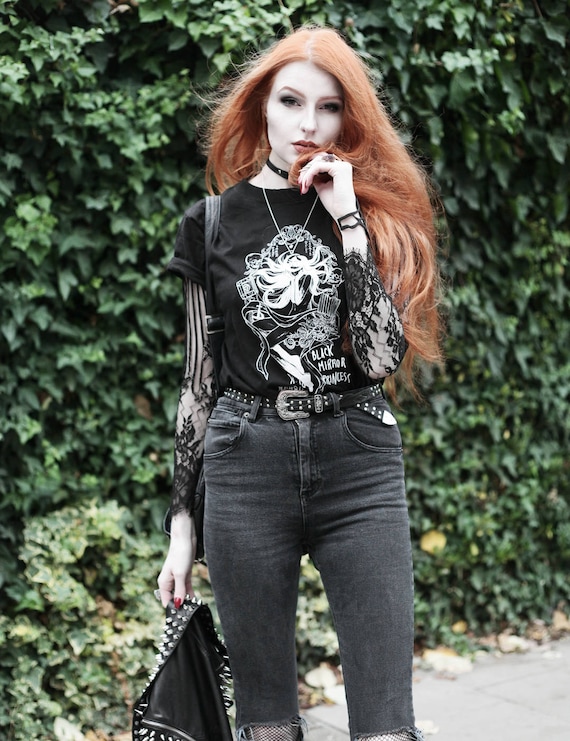 From then i was hooked. I continued to make shirts, sweaters, tank tops and more! Eventually i outgrew my Etsy and opened my very own shop, the shop you are looking at today! I love Harajuku fashion so much that i have built my whole livelihood around it haha. In some ways, the Japanese alternative fashion community saved my life. I was in a dark place before i found a way to express myself through fashion. I hope I can help others express themselves, maybe it'll be the one thing that they can do to keep themselves going. May you find a home in the j-fashion community as i did, and be at peace :)

arrow_back Back to News

We ship out orders within 5-7 business days and use the fastest shipping lines available to make sure you get your products as fast as possible!

We make quality products for our raving fans! We are a small, independently run business dedicated to making great merch and street fashion for everyone.